Camp Verde is located 90 miles north of Phoenix in Yavapai County, Arizona. The climate is arid, the hot summer days are often cooled by monsoon rains and the winters are mild. While it is classified as desert, its fortunate location beside the Verde River avails it of a rare and enviable position among Arizona cities and towns.

As the oldest community in the valley, the town of Camp Verde dates back to the mining industry in the early 1860’s. Originally called Camp Lincoln in 1865, the post was moved to its present-day location after a malaria outbreak in 1871. Today, just over 11,000 people call Camp Verde home.

In 2017, the wastewater treatment plant needed upgrades in order to maintain compliance under the Aquifer Protection Permit (APP) issued by the Arizona Department of Environmental Quality (ADEQ). At the same time, the town was exploring plans for a new outdoor sports complex, including six baseball fields, which would require regular irrigation due to the arid nature of the region. The complex also would include a lake, which meant that any water used for irrigation would have to be suitable for human contact.

With water a precious resource for the area, engineers with Camp Verde decided to explore upgrading the wastewater treatment facility in such a way that the effluent water could be used to irrigate the fields.

An Arizona Aquifer Protection Permit (APP) is required for any facility that discharges pollutants to the groundwater. The two key requirements of APP are the ability to meet the Aquifer Water Quality Standards at the point of compliance, and to use the Best Available Demonstrated Control Technology. In the case of Camp Verde, they needed to achieve a Class A+ Reclaimed Water target.

As defined by the APP, that means that filtered effluent before disinfection complies with the 24-hour average turbidity criterion of < 2 NTUs and must not exceed 5 NTUs at any time. Additionally, before discharge to a reclaimed water distribution system, Class A+ reclaimed water samples can have no detectable fecal coliform organisms, the single sample maximum concentration of fecal coliform organisms is less than 23/100 ml, and concentration of total nitrogen must be < 10 mg/L.

The disk filter utilizes an outside-in flow: as influent passes through infini-D cloth media, suspended solids remain on the outside of the cloth, until the buildup of solids triggers a backwash cycle involving a vacuum head rotating around the face of the stationary disk.

One of the benefits to the infini-D is that each disks filtrate is visible discharging from the individual effluent valves. This feature allows operators to monitor each disk’s operation and quickly isolate a disk’s performance. Should a filter cloth need replacing, an individual disk effluent valve can be closed to facilitate disk removal without taking the entire filter cell off-line or draining the tank. Since the filter disks are stationary and do not rotate during backwashing, the infini-D eliminates the need for rotating seals, thereby preventing contamination of effluent in the event of a seal failure.

Construction started in October 2018. Engineers and staff at the WWTP in Camp Verde did most of the installation work, with guidance and input from the operations team at Nexom. The system was designed to achieve a target of < 2 NTU turbidity, and the filter has an average rating at 900 GPM with 1500 GPM peak flow. The project also included the construction of a 24’ x 44’ steel building over the filter as well as a non-contact UV system, so that both the filters and UV system would be protected from the elements in a climate-controlled building. 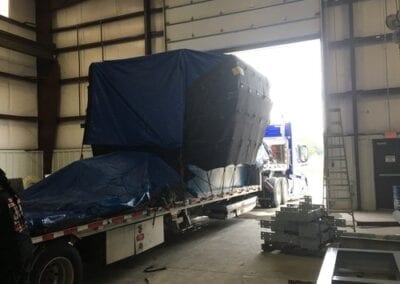 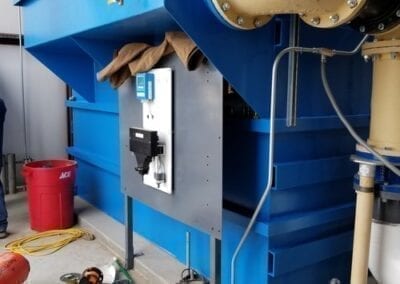 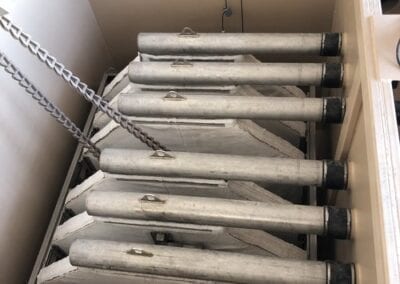 The infini-D system was commissioned in July 2019.

Since then, they have successfully treated their wastewater to a Class A+ level, enabling them to begin irrigating the nearby baseball fields as planned. Continuous testing through the start-up process will allow an opportunity for further adjustments and improvements to the system over time. 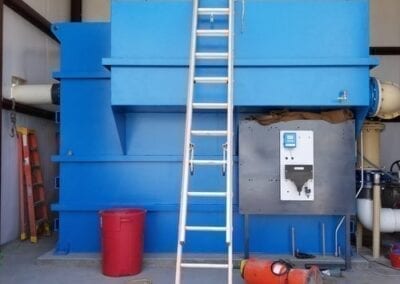 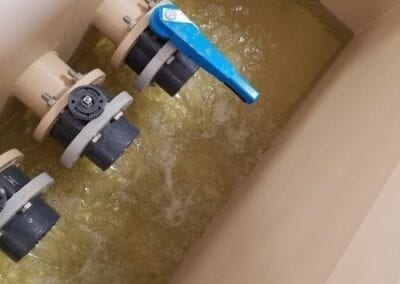 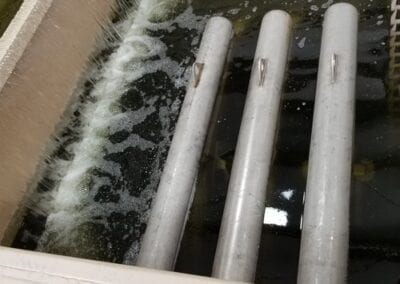