The town of Burrillville, Rhode Island, was first incorporated in 1806 when it originally annexed from the town of Glocester. Named for 19th century United States senator James Burrill, Jr. who assisted in establishing the town, Burrillville grew quickly, its economy driven by the textile industry until the 1950’s. The town is also part of the Blackstone River Valley National Heritage Corridor, as designated by an Act of Congress in 1986 to preserve the unique and significant historical value of the Blackstone Valley.

Located about 45 miles from Boston and 190 miles from New York City, the wastewater treatment facility (WWTF) in Burrillville discharges to the Clear River. The river rises from a swamp southeast of Burrillville and flows east to converge with the Chepachet River. It serves a population of approximately 16,000 people, as well as industrial clients. Prior to 2017, the wastewater flow consisted of headworks, and primary clarification, followed by secondary extended aeration, secondary clarification and chlorine treatment for disinfection prior to discharge into the Clear River.

Like many municipalities across North America facing environmental concerns over phosphorus-driven algae blooms, Burrillville was given an updated Total Phosphorus (TP) limit of 0.1 mg/L, a limit the pre-existing treatment was unable to achieve. Additionally, the facility was facing a requirement to remove trace metals (specifically copper) from the wastewater prior to discharge. Engineers went looking for a solution.

As part of the solution identification process, Nexom was invited to pilot its Blue PRO technology for three weeks, beginning in the late summer of 2014. Pilot testing served to confirm treatability and provide scale-up parameters for facility design and implementation. The 3-week pilot successfully demonstrated the Blue PRO technology’s ability to meet and even exceed Burrillville’s expectations. Based on the pilot’s performance, a single-stage system configuration was chosen as basis of design for implementation.

Following an insightful pilot project, the Blue PRO was installed after the existing secondary clarifiers and before disinfection. Nexom provided a total of 6 filter cells in a single-stage configuration featuring n+1 redundancy with associated ancillary equipment.

Features, Benefits, and How It All Works

Reactive filtration includes multiple features that allow it to be successful at Burrillville. It overcomes contact inefficiencies common with other technologies, which are critical process obstacles to achieving low residuals cost effectively. Blue PRO achieves better contact by providing expansive adsorptive surface area, resulting in guaranteed contact between the contaminant and hydrous metal/ferric oxide (HFO) and its amenable adsorption kinetics. But a vital benefit is that reactive filtration costs roughly 30-50% less in chemical and power to achieve treatment compared to other available technologies. Less chemical used also translates into less chemical sludge produced onsite. Additionally, the adsorptive surface in reactive filtration is a continuously regenerated coating forming on the surface of the sand media. The result is an efficient, phosphorus-scrubbing technology that is not limited by surface site exhaustion, unlike conventional adsorbents. 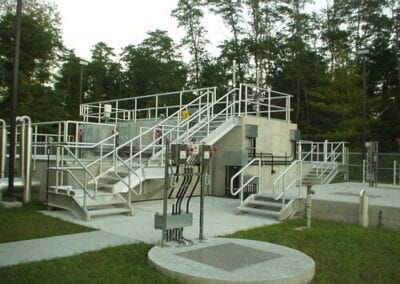 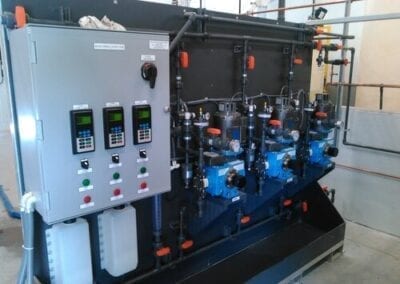 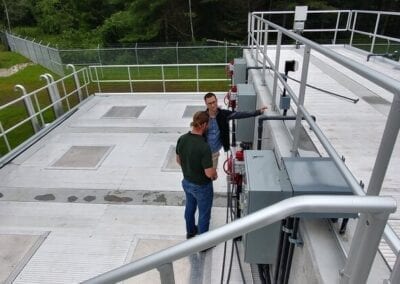 The Blue PRO pilot project was contracted in early 2014, with the fully implemented filter system contracted in 2015. Installation of the Blue PRO filters began in late 2016, and they were commissioned during the summer of 2017.

Phosphorus concentrations into the Blue PRO range from 0.5 to 1.5 mg/L, with copper ranging from 10 to 20 µg/L. Following commissioning, the updated wastewater treatment plant easily achieved its contract targets of less than 0.08 mg/L TP and less than 7.5 µg/L copper.

Since its full-scale implementation in 2017, the Blue PRO reactive filtration system has enabled the wastewater treatment facility at Burrillville to consistently achieve its phosphorus and copper targets. 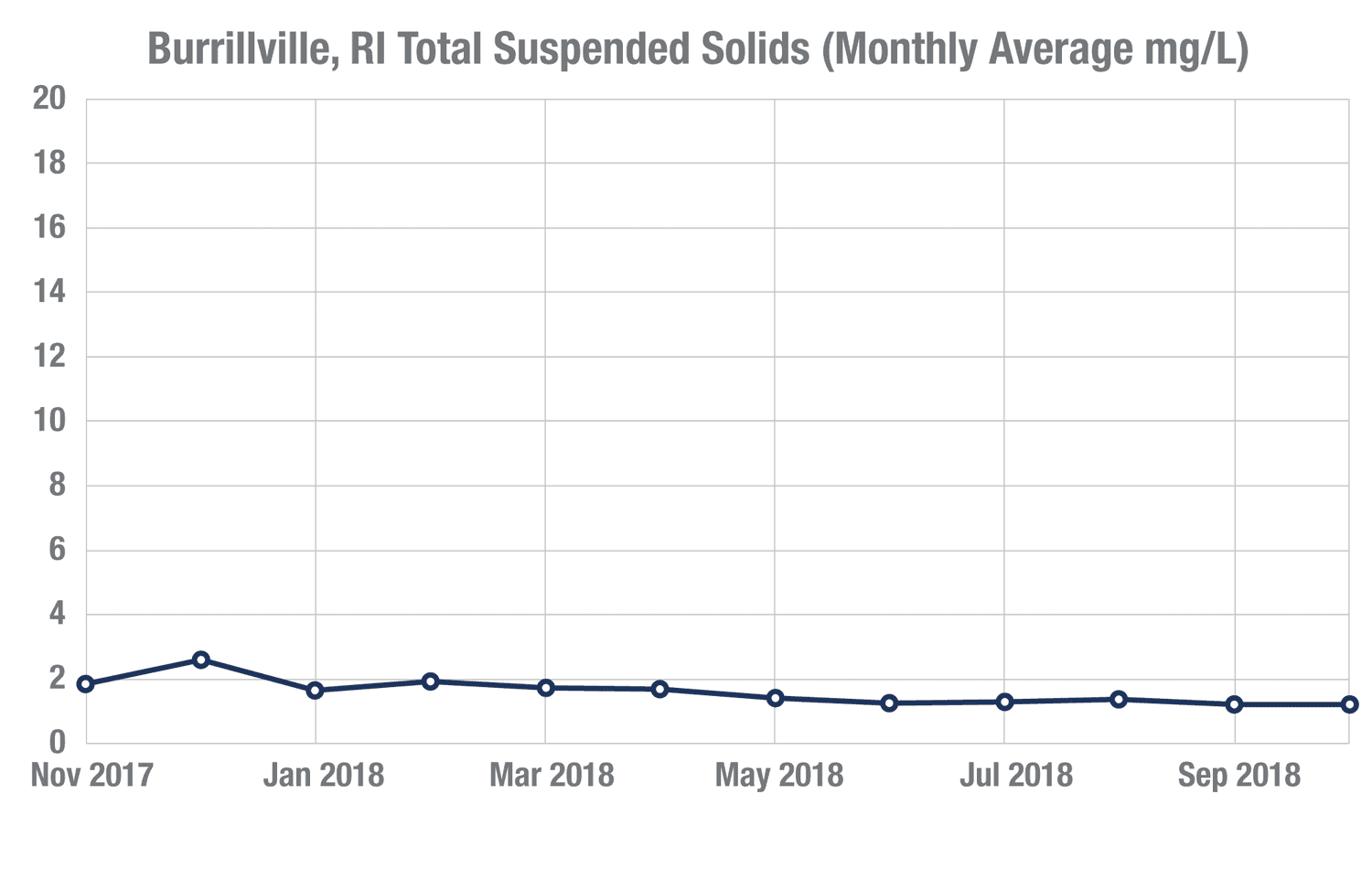 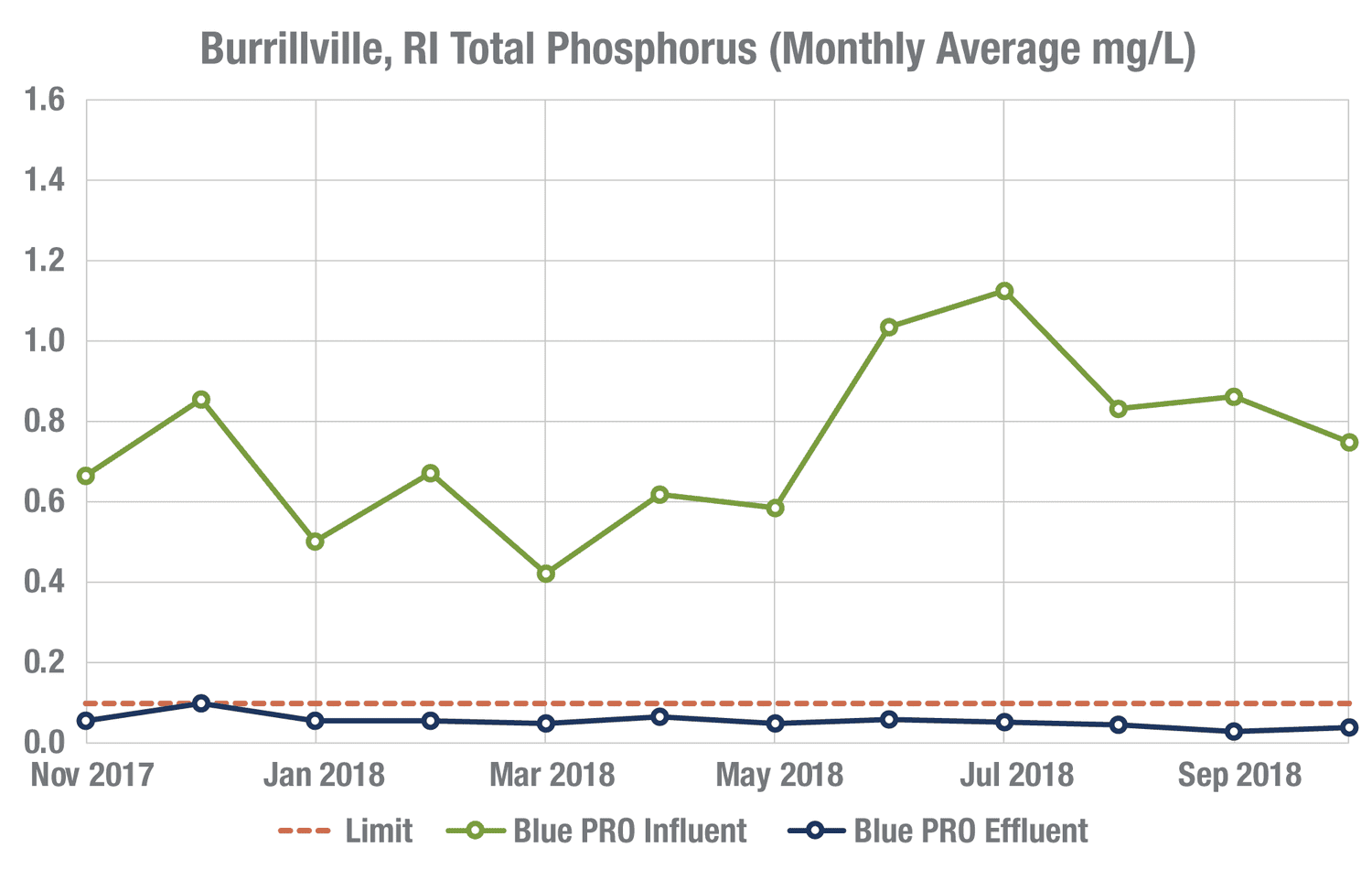 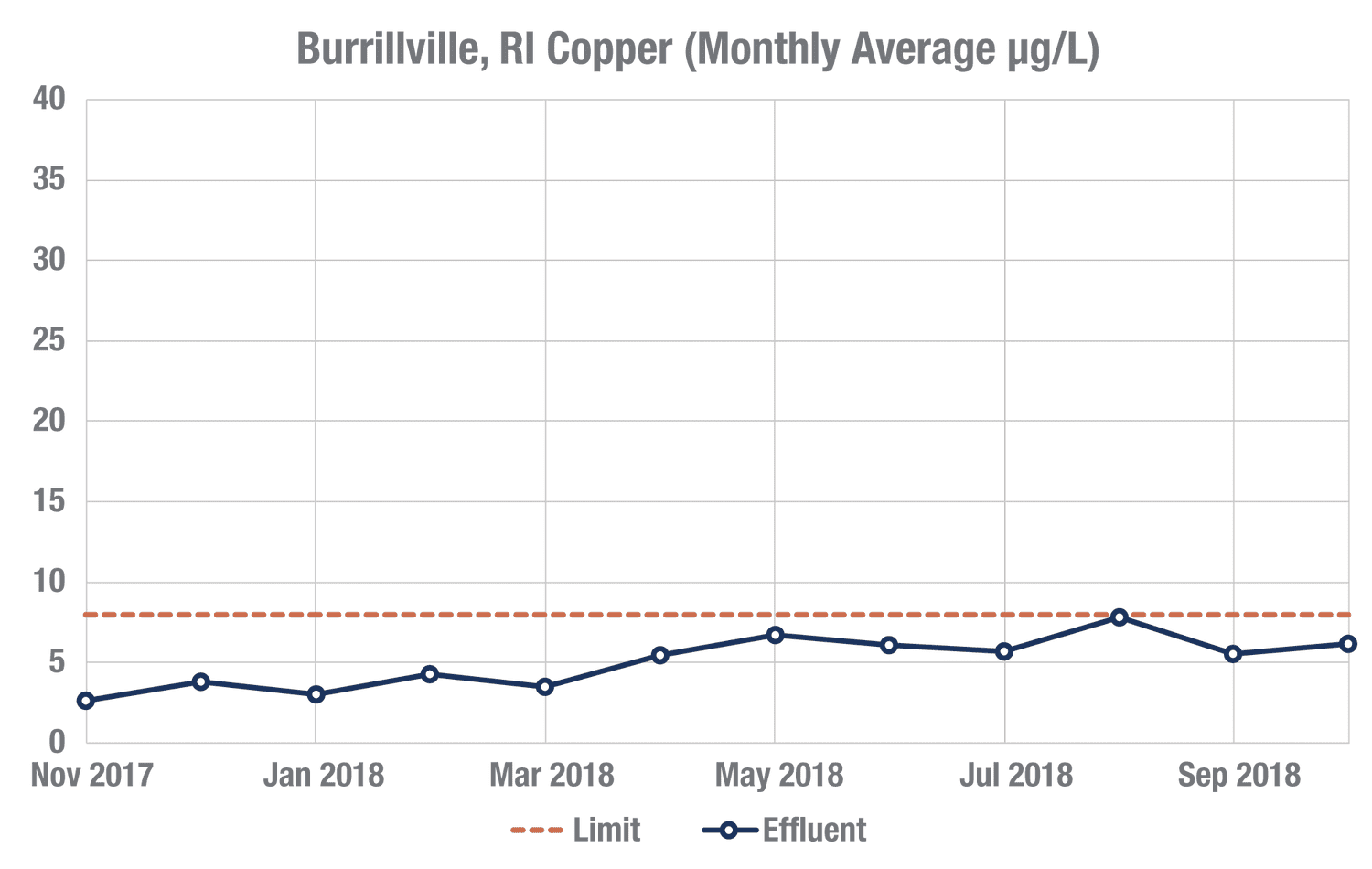 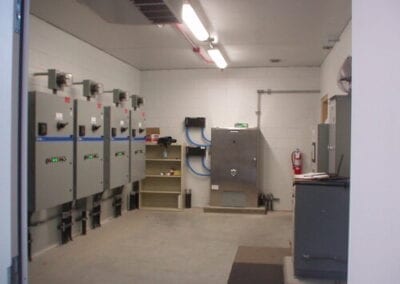 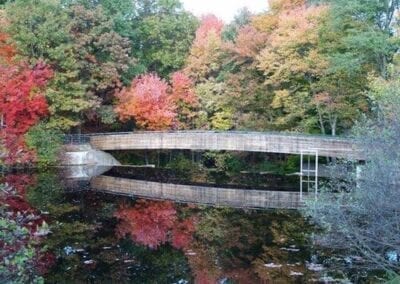