Nobody cares about your treatment facility's success as much as you do, but we'll come in a close second.
3

We are back to normal operating procedures. Please allow 3 weeks for scheduling.

Our Field Service Department is committed to providing efficient, educational answers to customer questions in a helpful, friendly manner. We also ensure our product are ready to operate as designed while meeting our high standards of quality and product specifications.

In addition to the highest quality products, Nexom (including EDI) is pleased to offer superior customer & field services directly from the EDI facility in Columbia, Missouri, as well as maintaining localized field service offices worldwide.

Email servicedept@wastewater.com to contact one of our field service representatives to serve your project site or fill out the form on this page! 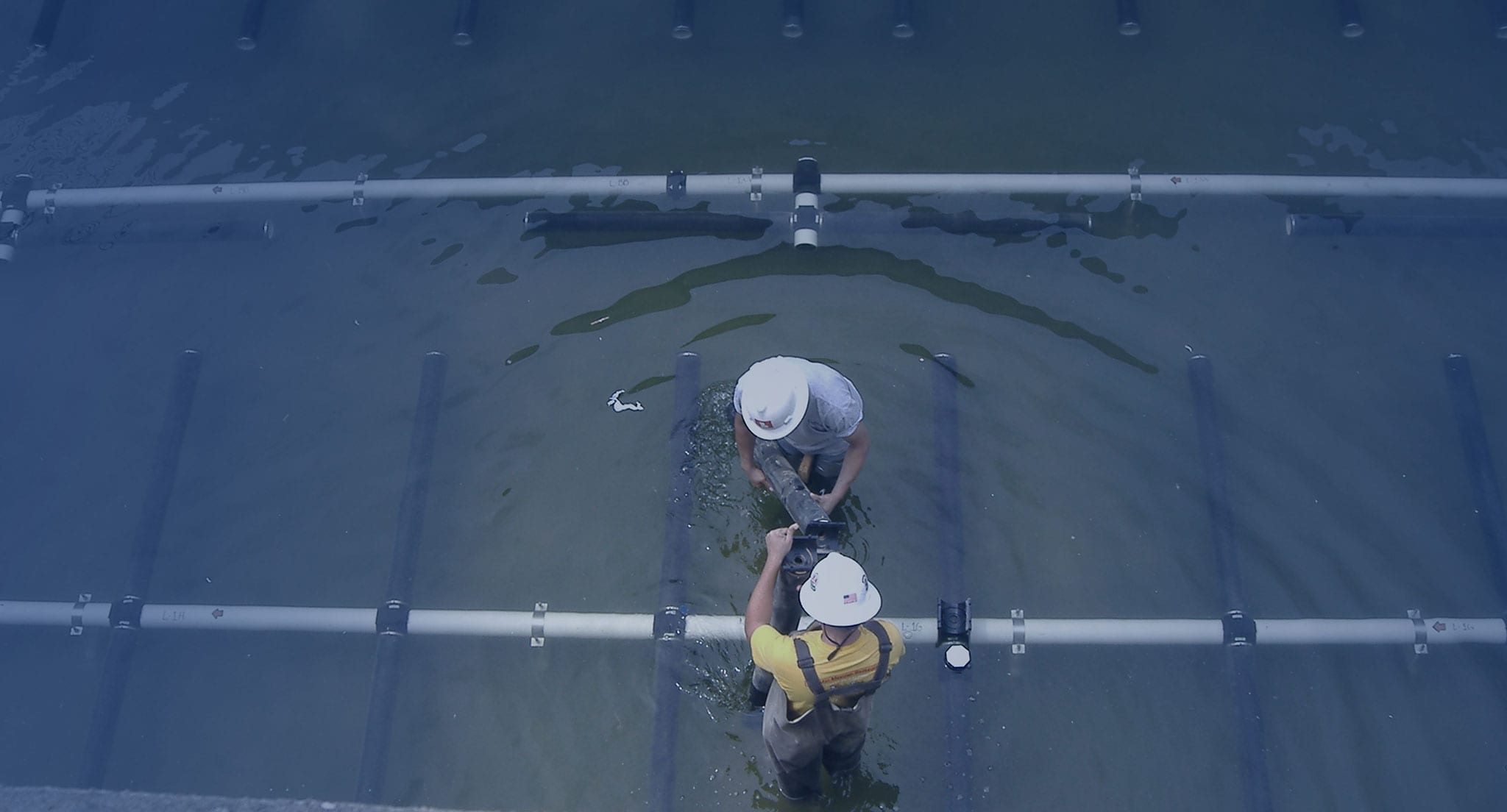 To save you time, we’ve answered several frequently asked questions below.

Please contact the service department to assist with scheduling your inspection at: servicedept@wastewater.com or using the form below.

Even the best plan can't anticipate everything. That's why we have onsite problem-solvers.
3

We will be there for you to keep your project on track.

Your project has to work as expected from day one. To ensure it does, we offer:

Usually consists of three parts; final installation inspection of equipment, leak testing of the system and training for the operators. This trip is normally conducted after all equipment is installed and ready to start up.

There will be occasions where multiple startups or visits are required at a particular project site, usually because of multiple basins, or specialized equipment that is being phased into operation.

Visits can happen at any time in the lifecycle of a Nexom system. Should you call with a serious problem, the highest priority will be assigned to that project in order to get it up and running as soon as possible.

These visits can be in one of two categories; the first of which is “fact finding” or a visit to assess the actual problems that are occurring within a system, and the second form of visit, to actually apply some form of fix or repair. 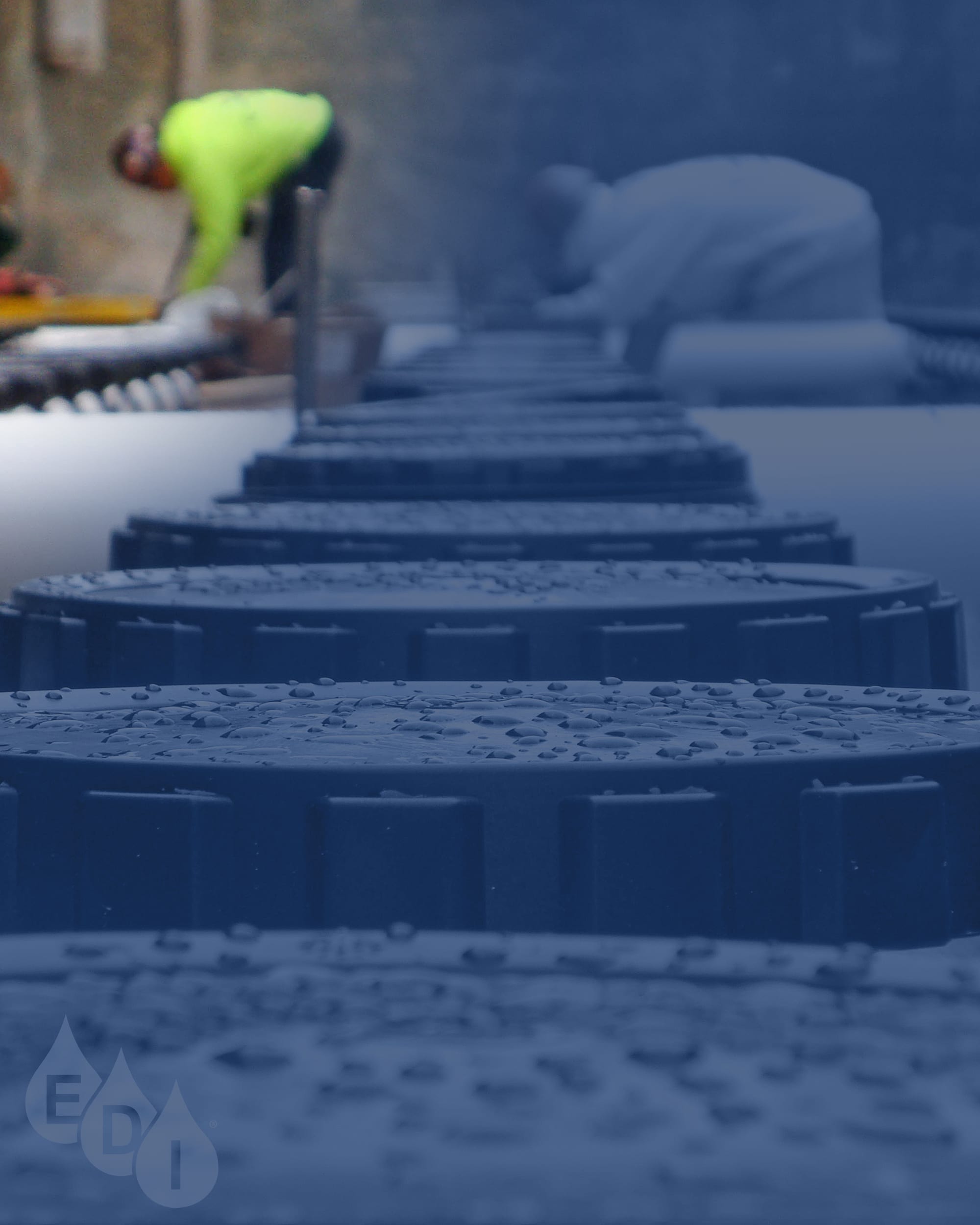 We promise the answers aren't all "have you tried restarting your machine?"
3

How do you fix a pin hole in a floating lateral?

Sludge build up during and after startup

In most lagoon upgrades, when the existing lagoons are upgraded and are not de-sludged it may be better for the plant to operate the duty blower(s) as well as the standby blower unit during initial operation.

The existing sludge layer may contain a percentage of material that has settled to the bottom of the lagoon without being fully treated biologically. This percentage will vary from plant to plant depending on the effectiveness of the previous treatment system.

As the new EDI aeration system is installed, it can be expected that the lagoon’s existing sludge layer will be disturbed, resuspended sludge solids. These resuspended solids can create an additional oxygen demand on the lagoons treatment process until they are fully oxidized or re-settled on the lagoon’s floor.

Some observations the contractor or operator may observe during the initial start-up would include a DO measurement in the lagoons of less than 2 mg/l, water color that is blackish, and/or non-uniform air distribution in the aeration system. Non-uniform air distribution of air can result from some diffuser assemblies resting on top of the existing sludge, thus being at a different submergence depth than designed.

Operating the standby/spare blower in addition to the designated duty blower(s) will allow the lagoon system to treat the resuspended sludge (which may even reduce the amount of sludge in the lagoon) as well and re-distribute the sludge on the lagoon floor.

Depending on site conditions, running the standby blower may be needed for 2 – 6 weeks. Once the measured DO in the basin is consistently above 2-4 mg/l and the water in the lagoon is a light brown 9chocolate milk) color, then the treatment system has been able to treat the sludge that was disturbed during construction. The plant can then go back to operating only the duty blower.

In weather below 32 degrees how should the contractor prevent ice from forming around the diffusers?

Fill the basin with 4-6 feet of water and turn the air on. Anything less than 4 feet of water jeopardizes ice forming around the diffusers.

Have we seen issues with broken adapters before?

This is the most common place for the breach to happen in this type of system since the adapter is made so it breaks before the PE outlet on the lateral is damaged.

Causes are usually from the water level being lowered, then the unit gets stuck in sludge, then as water level rises it can snap the fitting before it breaks free of sludge. (#1 cause)

Another cause could be from 2 units getting tangled.
1 more could be from the unit resting on the floor and the hose whipping around until the adapter breaks.

How do you retrieve diffuser units by hoses?

Procedure for retrieving unit by hoses:

If there isn’t a boat with a winch system on it, it is recommended that a beam be fastened to the boat in a similar way. The beam should hang out over the end of the boat so the unit can be pull up without banging into the boat. Attach one or two pulleys to the beam. Thread the lifting ropes through the pulleys and pull the unit up onto the boat. This way the workers are pulling down on the lifting ropes and are less likely to get pulled off the boat.

The dry weight of these units is approximately 185 lbs [85 kg] without any accumulated rags or water inside the unit. 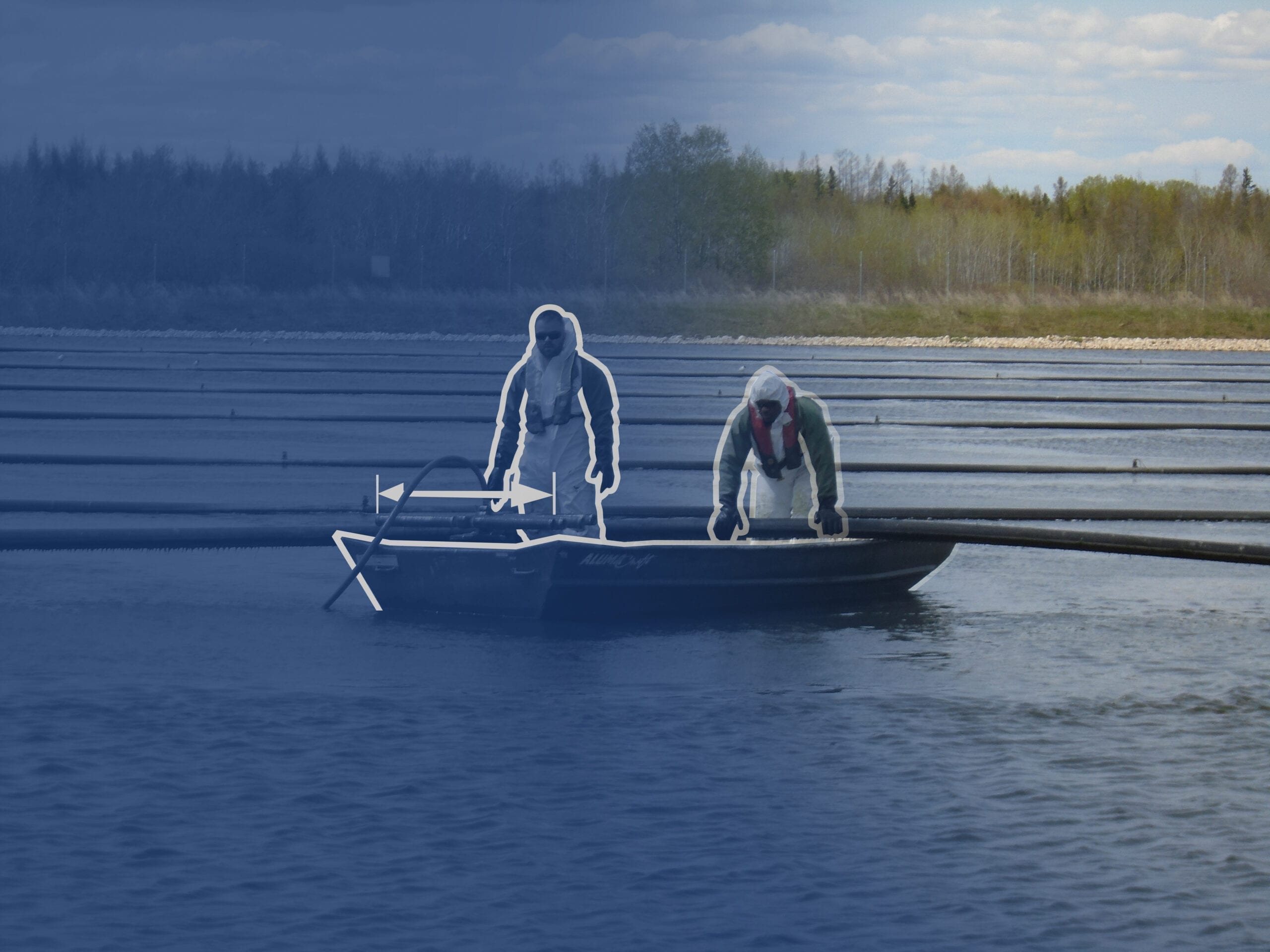