Northeast of capital city Des Moines lies the small town of Colesburg, Iowa. It is one of the oldest towns in the state, with a local story telling of a trapper’s cabin that lay on what is now the present site of Colesburg, years before town founder Hiram Cole eventually arrived from Europe. The name of “Coles Burgh” was given in his honor, and originally contained a total of three blocks divided into 30 lots.

One of the reasons for Colesburg’s early founding in 1848 was its proximity to the Military Highway which ran from Dubuque all the way to Fort Atkinson, which controlled the hunting trade at the confluence of the Rock and Bark rivers at the time. Today, approximately 500 people call Colesburg home – and agriculture (mainly dairy and stock raising) has become the primary industry.

In June 2012, the wastewater treatment plant (WWTP) for the City of Colesburg consisted of two treatment plants located in close proximity, each with an unaerated controlled-discharge lagoon. These plants were effectively serving the needs of the community, with effluents discharging into nearby Bloody Run—a tributary of the Des Moines River—before eventually making its way to the Mississippi River. But when the Iowa Department of Natural Resources (DNR) released new guidelines for WWTP discharging into receiving waterways, the current facilities were no longer able to attain those limits. Engineers went in search of answers.

All upgrades to the wastewater treatment facilities needed to be contained within the existing property boundaries, so a compact solution was the key. Nexom and the engineering firm Snyder and Associates, proposed utilizing the existing lagoons as part of an upgrade to include SAGR cold water nitrification. This would allow Colesburg to realize cost savings in the construction, long-term operation, and overall maintenance of the system, while maintaining their existing footprint and allowing for key additions to enable the WWTF to meet its new ammonia limits.

The proposed upgrade would combine the two plants into one. The first existing lagoon was divided into two cells, both of which were then aerated using Nexom’s optAER® aeration system. The second existing lagoon was also divided, converting one half into two additional cells (a partial mix aerated cell and an unaerated settling cell), followed by a two-train aerated horizontal flow SAGR® for nitrification (ammonia removal) in the other half.

Dividing and aerating the first lagoon

The primary purpose of aeration is to provide oxygen, residence and contact time to natural bacteria, which ultimately convert the wastewater contaminants (BOD and TSS) to carbon dioxide, water, and inert ash and nitrates. In comparison to mechanical treatment facilities, optAER process-enhanced sites can be implemented at a fraction of the cost and still maintain the simplicity of a lagoon. Aeration provides internal sludge digestion, resulting in minimal solids accumulation, effective odor control, and extending the life of the lagoon.

The first lagoon was divided into two cells (1a and 1b), using an impermeable floating baffle curtain. Flow diversion baffles allow the creation of multiple treatment cells within the current footprint of existing lagoons. Baffling helps to improve treatment, as well as minimizing the potential for short circuiting. Nexom’s optAER aeration system was then added to the two new cells individually to assist with nitrification, as well as improved year-round BOD and TSS removal through bacterial degradation and solids settling.

A lift station was installed for pumping wastewater from the first lagoon to the second. The second lagoon was also divided into two cells (2a and 2b), separated this time by an earthen berm. The lagoon was first drained for sludge removal, and then expanded. Modifications to add the new berm were also done at this time. The first of the two new cells (2a) was further divided into two cells using a floating baffle, with one aerated and one settling cell.

Cell 2b was then converted into a four-cell horizontal flow SAGR for nitrification (ammonia removal) following the settling cell. These four cells are operated in two parallel trains, with piping allowing any cell to be isolated and bypassed. The SAGR in Colesburg has the capacity to treat 75% of the influent flow with any one cell out of service.

It also includes a bypass line to allow for drawing lagoon effluent directly from cell 1b in summer when ammonia levels were lower, and less lagoon time was needed to achieve the updated limits. At Colesburg, the SAGR beds provides tertiary treatment in the form of nitrification, as well as additional BOD/TSS polishing, before safely discharging the treated effluent into Bloody Run.

The newly upgraded WTTP in Colesburg was commissioned in August 2013, with all updates and additions successfully completed within the existing footprints. By building in the capability of storing peak flows within the lagoons, this compact size also helped to minimize the cost of the wastewater treatment plant improvements. While site delays pushed the start-up of the SAGR system into the fall, which is less than ideal for the establishment of nitrifiers, a coordinated effort between the city, Nexom, and Snyder and Associates resulted in a successful start-up with zero permit violations.

The system is designed with simplicity in mind. The O&M requirements of the SAGR are like the operation of a conventional aerated lagoon, with no solids return to monitor and adjust, making sludge management and disposal obsolete. Since commissioning, the operator in Colesburg spends an estimated average of 45 minutes per day doing routine inspection and maintenance, including blower maintenance, floating lateral adjustments, diffuser purging/cleaning, condensate purging/operate blow-offs and SAGR dual feed operation.

END_OF_DOCUMENT_TOKEN_TO_BE_REPLACED 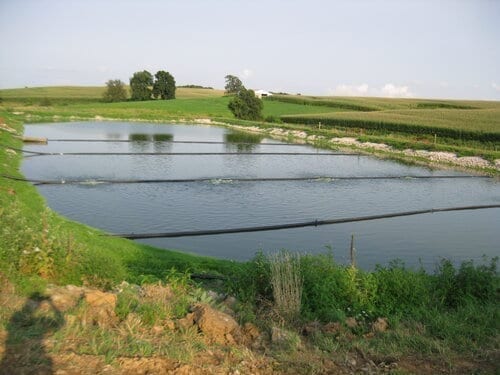 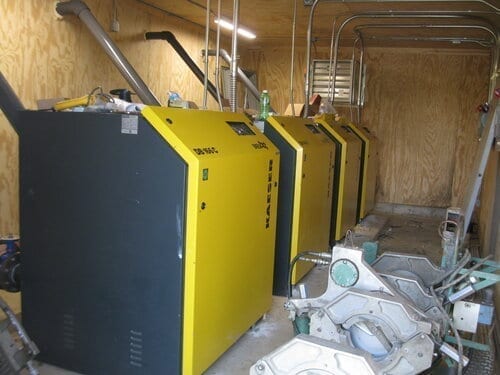 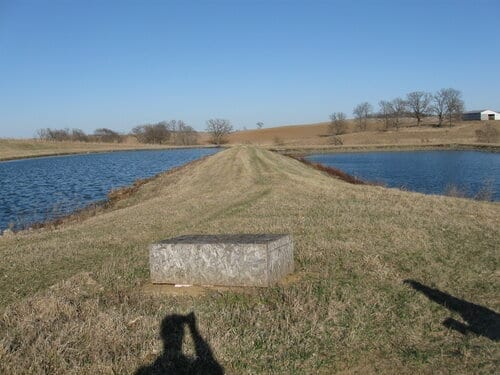 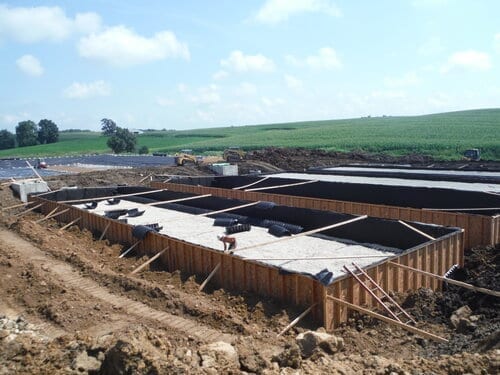 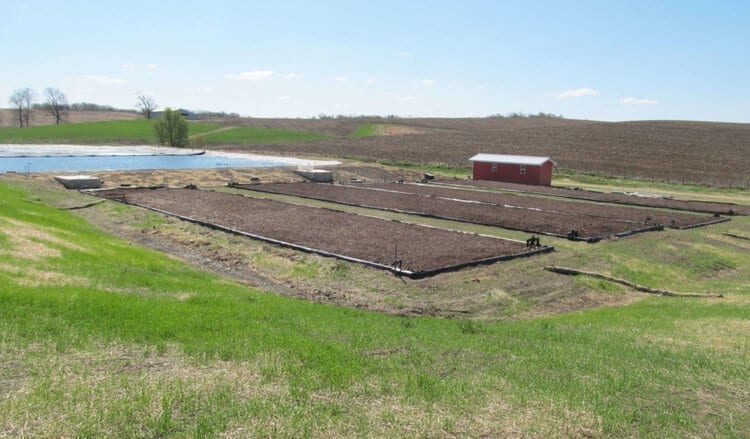 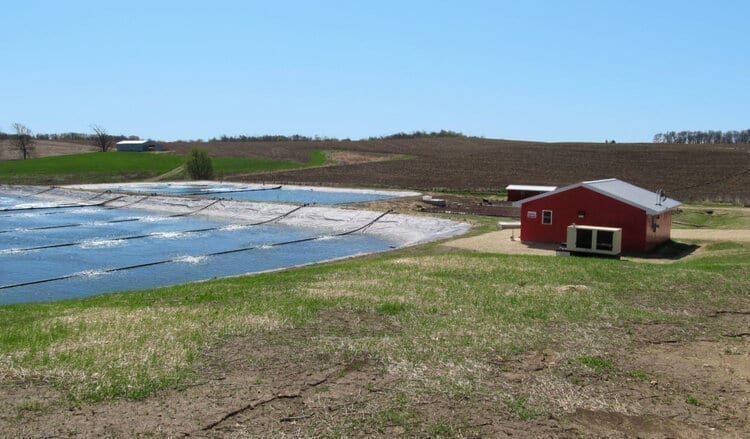 Seven years later, the Colesburg SAGR system maintains compliance despite new and stricter regulations, with no changes to infrastructure or any additional capital costs. In July 2019, the Iowa Department of Natural Resources (DNR) released updated ammonia limits to the WWTP in Colesburg. Working with the city and engineering firm Snyder and Associates, Nexom was able to make minor adjustments to the Step-Feed process and maintain the steady compliance of the plant with no additional upgrades and therefore no additional costs. The SAGR’s ability to easily adapt and maintain performance, despite stricter limits, is what makes it a long-term sustainable solution for nutrient removal.

Small communities may face the same effluent challenges as larger communities; however, as the upgraded system in Colesburg shows, the cost-effective and efficient SAGR can enable these communities to achieve full ammonia compliance while maintaining the low operational complexity and costs associated with their existing lagoon systems. 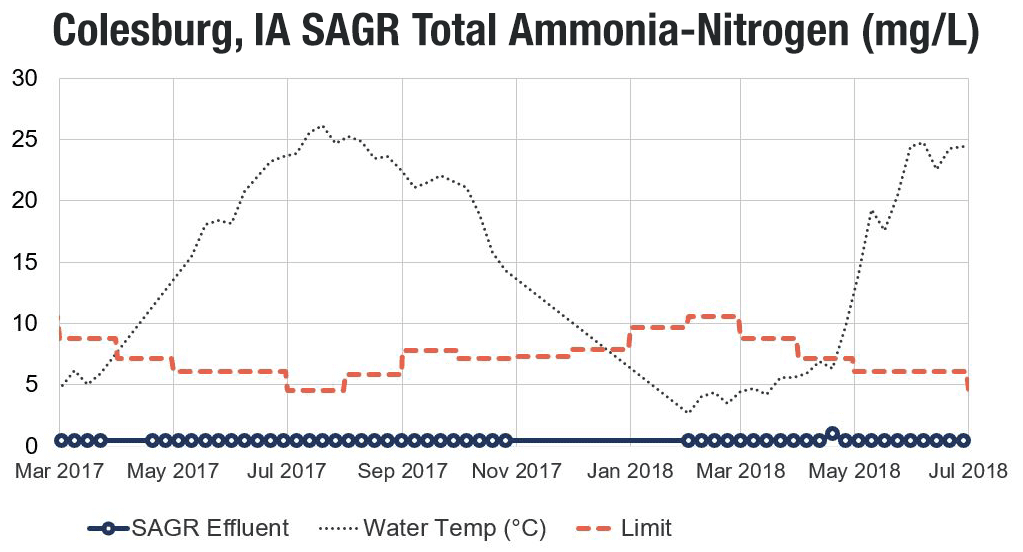 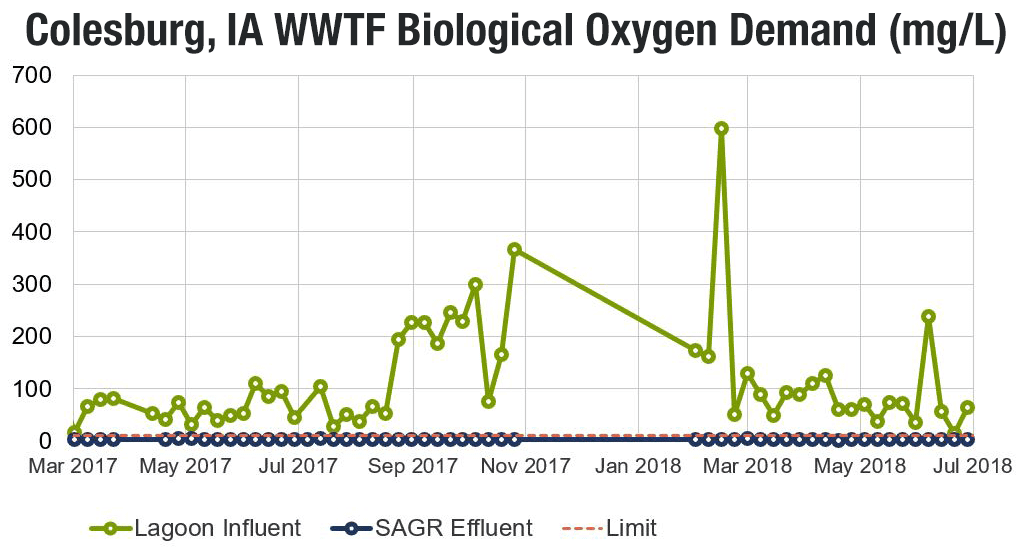 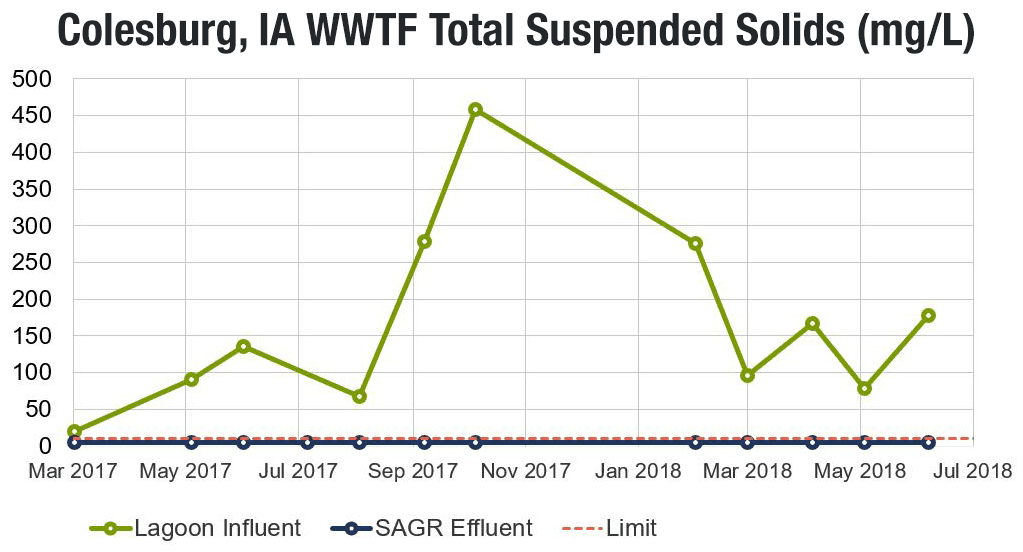