Located 13 miles south of Yakima, WA, not much more than a hour’s drive north of the Washington-Oregon border, sits the town of Harrah. Built to serve the thriving agricultural region in the Yakima River Valley east of the Cascade Mountains, Harrah has been a farming town since before its incorporation in the 1940s.

The region’s waterways play an important role in the local economy, from providing irrigation to the area’s farms, to the popularity of the region among the fly-fishing community, to the waterways’ importance to the heritage of the Yakima Indian Reservation amidst which Harrah is situated.

The wastewater treatment facility serving Harrah had most recently been upgraded in the early 1990s and consisted of a three-cell lagoon discharging into a canal that rejoins the Yakima River downstream. In 2012, Harrah was informed it would have to meet new discharge limits beginning in 2017 which would cap discharged ammonia at a 1.82 mg/L monthly average across the winter months.

With no room on the treatment plant site to add lagoon cells, the WWTP needed to find a way to intensify treatment within its existing footprint.

With the town having enlisted the help of HLA Engineering, HLA’s Ted Pooler sought out Nexom and its SAGR® technology to upgrade the existing lagoon-based treatment facility and meet the site’s upcoming ammonia limits, even in winter when the water on the lagoon might freeze over.

To be able to integrate the process on this landlocked site where increasing the footprint was not an option, the third lagoon basin would have to be used, and so the decision was made to use Nexom’s optAER® fine-bubble lagoon aeration to optimize the first two lagoon cells and overcome the loss of the third cell.

The SAGR is a patented process that addresses all four of these issues to provide full nitrification in cold to moderate climates. The SAGR’s patented Step-Feed process prebuilds biomass in warm months so it can fully nitrify in the cold. The linear aeration covering the SAGR bed’s floor overcomes the lack of oxygen, creating aerobic conditions throughout. The SAGR accounts for heterotrophic competition by being sized to polish BOD and still be able to fully nitrify. The final issue is solved by filling the beds with acres of surface area in the form of clean aggregate media.

Given the inability of the site to expand its footprint, HLA and Nexom were able to design Harrah’s two parallel SAGR beds to be built within the decommissioned third lagoon basin. With a wet weather design flow of 70,000 GPD (265 m3/day), the upgraded system has increased capacity to meet anticipated future demand.

END_OF_DOCUMENT_TOKEN_TO_BE_REPLACED

Lagoon effluent is not directly discharged, and thus need not meet permitted limits. But with no third basin, the remaining lagoon cells still must achieve acceptable SAGR influent BOD and TSS levels.

For this, Harrah turned to Nexom’s optAER fine-bubble lagoon aeration. Diffusers are suspended near the bottom of the pond to maximize oxygen transfer efficiency, and hanging the diffusers from floating laterals makes the system well-suited for installation into ponds with uneven bottoms and existing sludge depths.

To balance the needs of BOD removal and TSS settling and digestion, the lagoon cells’ aeration is tapered. The second basin is split using an optAER baffle curtain to maximize retention time and create an unaerated third cell for settling before the SAGR. 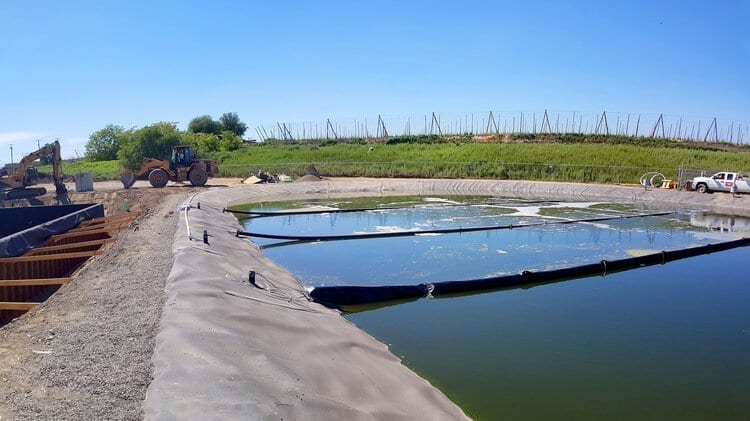 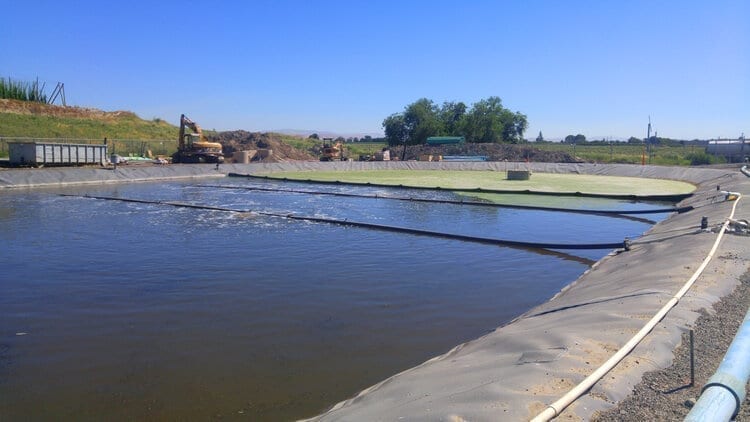 The wastewater treatment facility at Harrah was commissioned in June 2017. Following these upgrades, it has consistently met ammonia limits of < 1.82 mg/L, averaging less than 0.1 mg/L of Total Ammonia-Nitrogen. 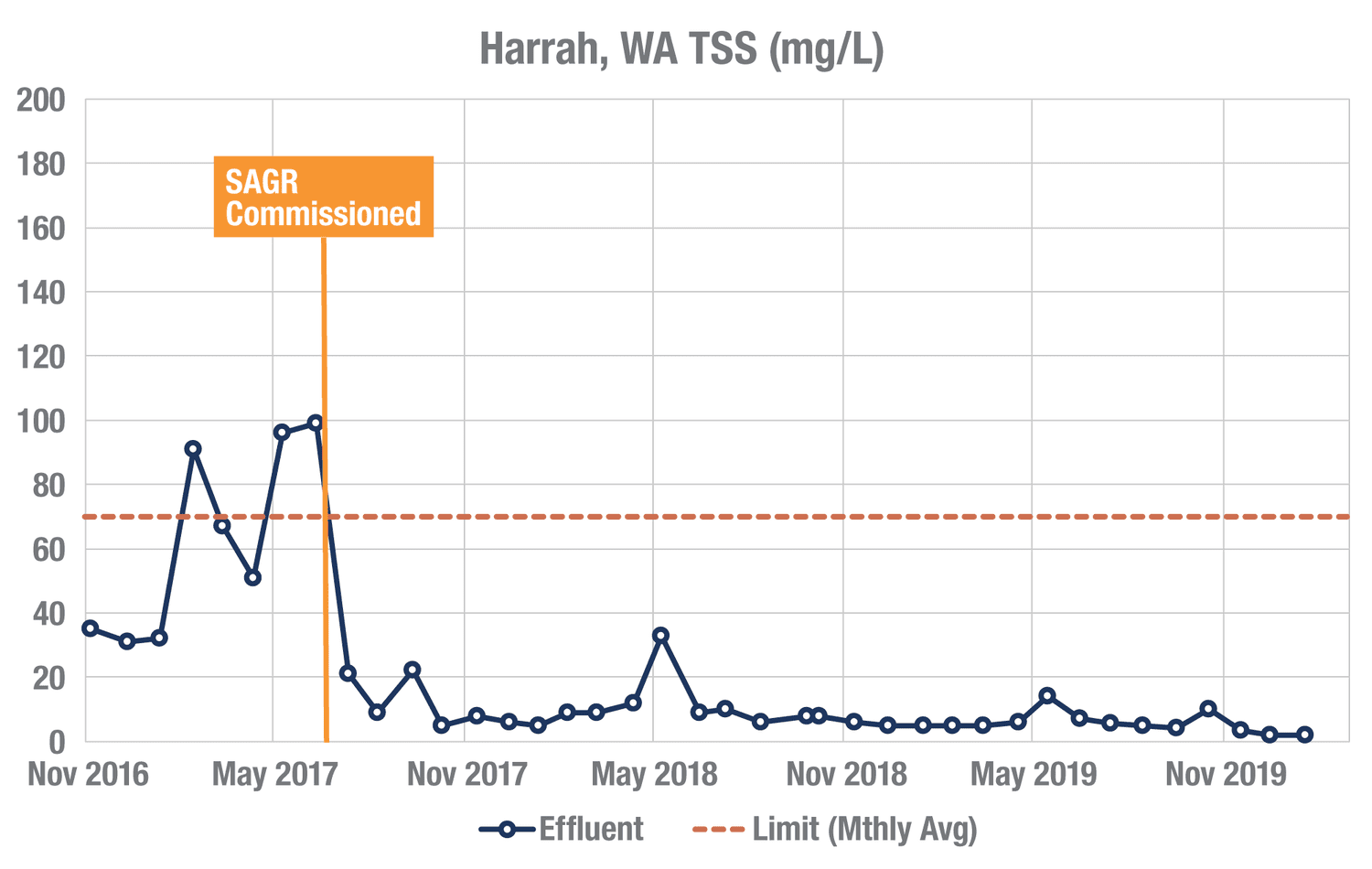 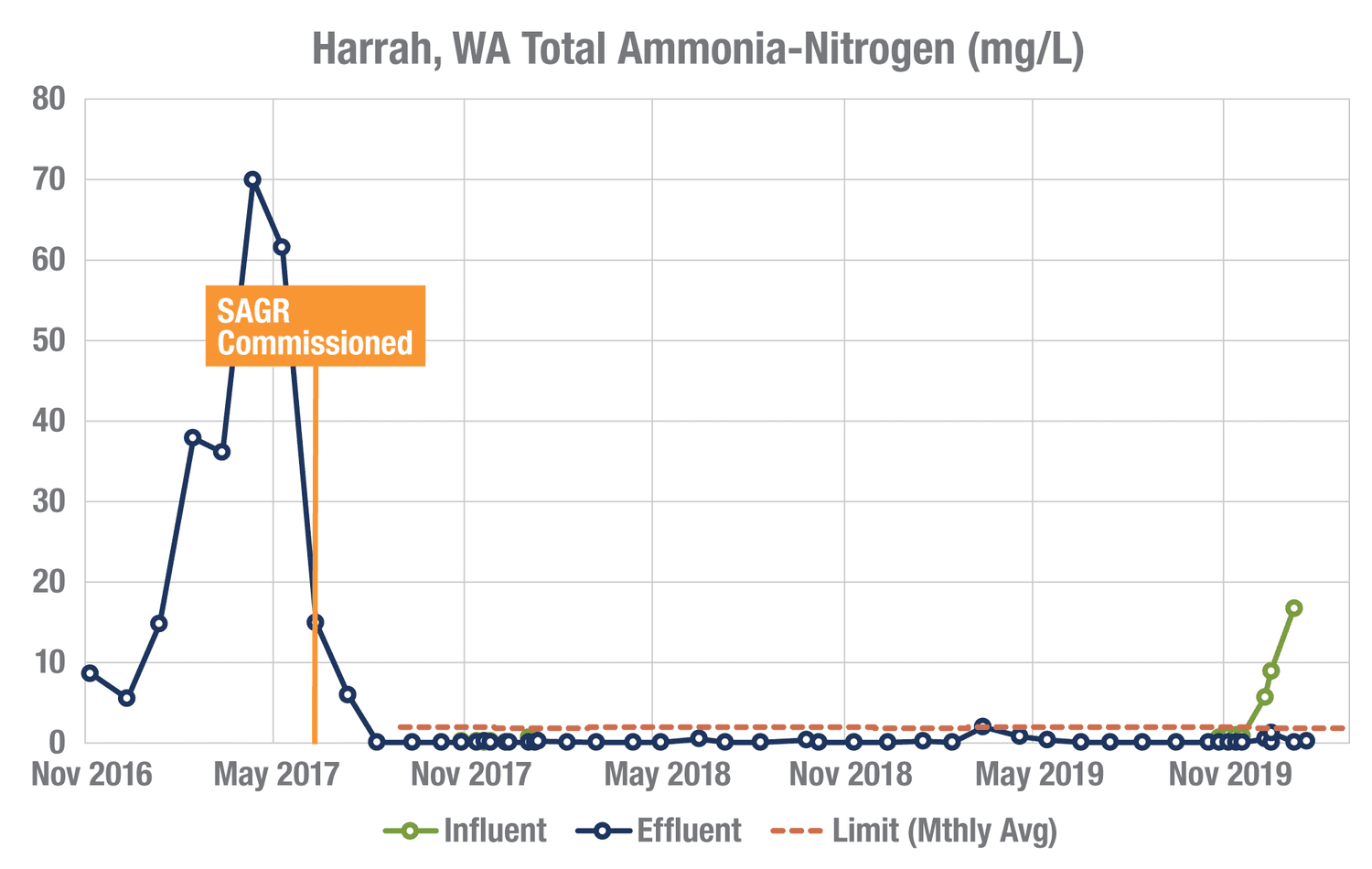 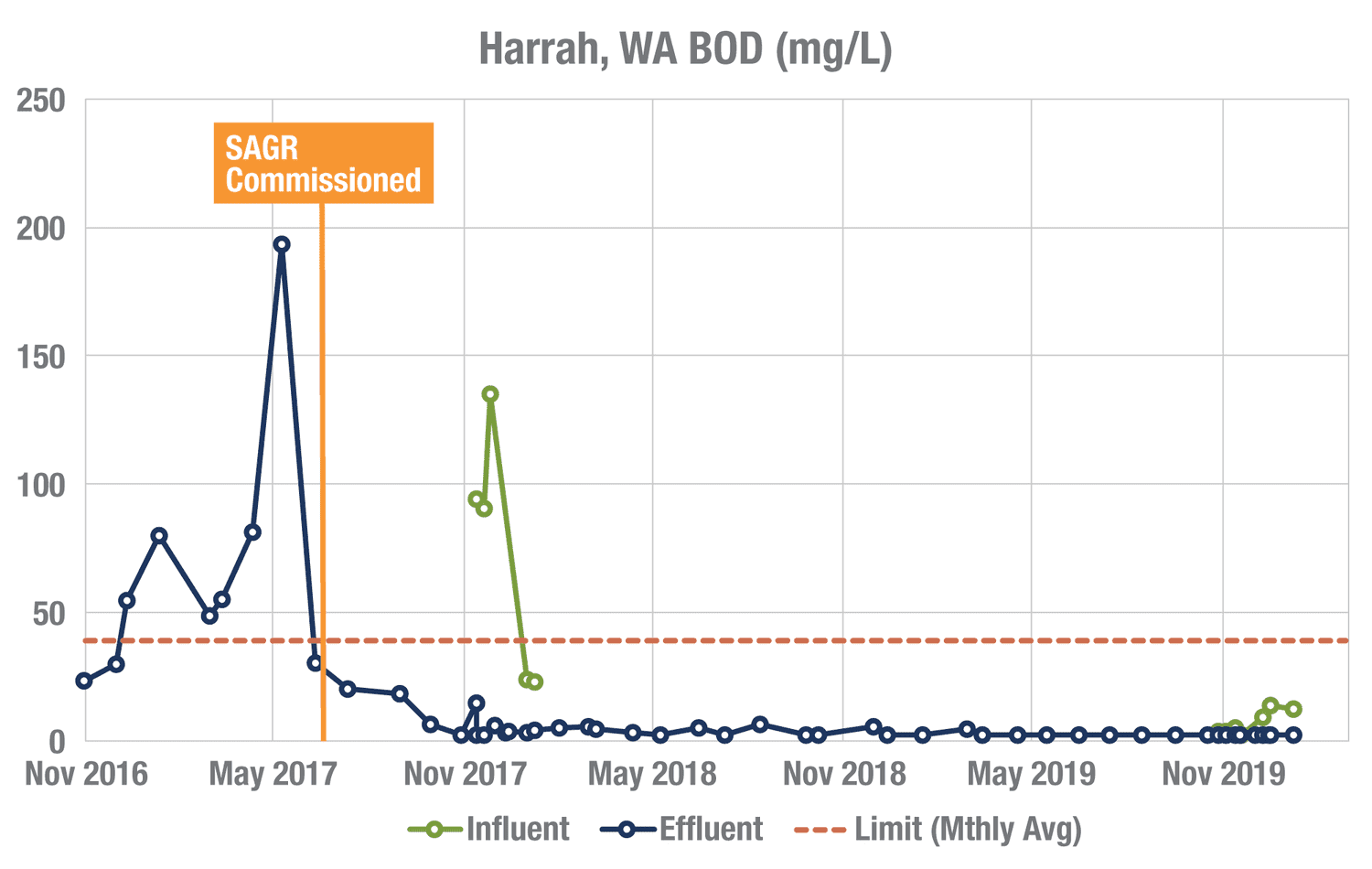