Lagoons are effective at removing BOD and Total Suspended Solids (TSS), but struggle to remove ammonia and nutrients, including nitrogen and phosphorus. Unfortunately for Ontario’s ecosystem, wastewater rich in phosphorus has long been known to cause destructive algae blooms on the Great Lakes.

When lagoons can’t keep up, small communities have found themselves facing a big bill to abandon existing infrastructure and build a new mechanical wastewater treatment plant. At least, that’s what the community of Sundridge, Ontario thought. Nestled on the northern shore of Bernard Lake, Sundridge was growing increasingly concerned about its lagoon discharging up to 8 mg/L of phosphorus in to the Lake Huron watershed, not to mention high ammonia and fecal coliform levels.

Additionally, the Sundridge facility faced low alkalinity levels, which can result in reduced pH when paired with nitrification.

In collaboration with the town’s engineering consultant, Nexom designed an upgraded system utilizing the existing facultative lagoons followed by a SAGR® for post-lagoon nitrification and BOD/TSS effluent polishing.

The SAGR is a simple yet powerful tool for fully nitrifying lagoon effluent in any climate. It consists of a fully aerated clean stone bed. In a typical configuration, water flows through the substrate horizontally, and a layer of insulating wood chips, mulch or even shredded tires at the surface prevents ice formation, allowing the system to treat wastewater that is near freezing (< 0.5°C).

The facultative lagoons were also modified to include aeration. By utilizing the existing lagoons, Sundridge was able to realize cost savings both in the construction, and also in the long term operation and maintenance of the system.

Being located in a cold climate zone, the challenge for Sundridge is that bacteria production, as well as removal of ammonia, slows down considerably in cold temperatures. To compensate for the slow nitrifier reproduction in cold water, the SAGR’s patented Step-Feed process prebuilds and stores nitrifying bacteria while the water is warm so that they are already in place when winter comes. At the same time, the stone in the bed buffers the water temperature to prevent the cold influent from shocking the existing bacteria.

The Sundridge plant also faced low alkalinity levels within its lagoons. Nitrification requires 7.1 grams of alkalinity to nitrify 1 gram of ammonia. In an existing low-alkalinity environment, nitrification can easily begin to cause significant reductions in pH.

To counterbalance this, Nexom engineers first redesigned the process flow and added soda ash dosing at the inlet to increase alkalinity. Alum was added to reduce the pH following the soda ash addition. Water then flows into the anoxic lagoon, followed by an aerated lagoon to knock out much of the BOD in the wastewater. The SAGR can then fully nitrify the influent, as well as polish the BOD.

However, the most unique feature of the Sundridge treatment facility is the recycle process. In an effort to control the pH levels to a desireable level in the influent, modifications were made to the system to allow a portion of the SAGR effluent to flow back to the anoxic lagoon for denitrification, thereby allowing for both partial TN removal and alkalinity recovery.

This unique modification enabled the treatment facility to have better control over its pH levels and achieve its ammonia, nitrogen and phosphorus targets.

Removing phosphorus from lagoons is typically a matter of binding it to another element (e.g. alum) to create a phosphate floc, then settling or filtering those flocs out of the water.

At Sundridge, the engineers at Nexom came up with an innovative phosphorus removal solution, which also began to address the issue of managing pH levels in the lagoons. Alum added as part of the alkalinity addition system starts to react with phosphorus and settle in the lagoon system. An Nexom Phosphorus Removal System was then installed following the SAGR.

The Zero-Downtime Cloth Disk Filter is the signature component in the nexom system, which is designed to meet low Phosphorus limits. Influent passes through filters cloth media, which removes any suspended solids, including phosphate-rich flocs. One of the benefits to the disk filter media is that each individual cartridge’s filtered flow is visible through dicharge ports. This design allows operators to monitor each cartridge’s operation and quickly isolate a disk’s performance.

A key part of the process that is often overlooked is the mixing that optimizes flocculation, particularly in cold water. The filters integrates a rapid-mix zone, for completely mixing the dosed ferric or alum into the wastewater, ahead of a slow-mix tank where floc can form. During the backwash cycle, the filters do not rotate. The vacuum head rotates around the disk while the disk remains stationary. By fixing the filter disks in place, the filters eliminates the need for rotating seals, thereby preventing contamination of effluent in the event of a seal failure. Should a filter cloth need replacing, each disk is easily removable without taking the entire unit off-line.

In Sundridge, where they targeted an effluent phosphorus level of 0.27 mg/L, the engineers chose to place the disc filters after the lagoons and the SAGR, so the majority of the phosphate flocs could settle out well in advance, improving the phosphorus-removal performance and further saving operating costs on the disk filters. 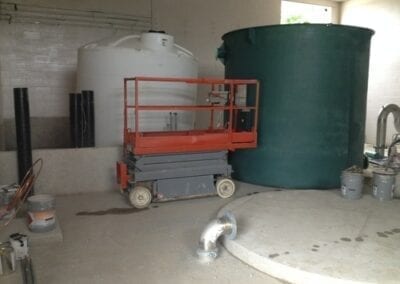 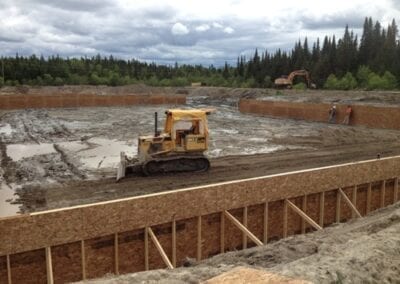 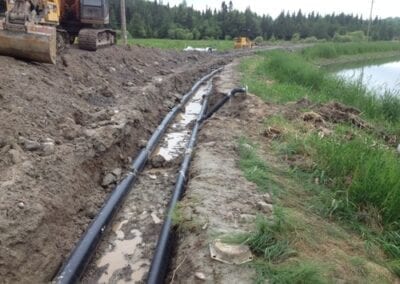 With over three years of data under its belt, the Sundridge plant has seen influent phosphorus as high as 8.3 mg/L, but has demonstrated consistent compliance with it’s effluent results, with an average effluent phosphorus of 0.07 mg/L (anything below 0.03 mg/L registered as undetectable on the test).

In fact, the whole lagoon upgrade is performing impressively. By baffling the existing lagoon, Sundridge now has an anoxic cell for nitrate removal and phosphate removal, followed by three aerated cells for BOD and TSS removal.

The upgraded processes allowed for full nitrification of the wastewater’s ammonia, while working around northern Ontario’s low wastewater alkalinity levels by dosing the influent with soda ash and recycling some of the SAGR effluent back to the lagoons. In addition, the SAGR reduced effluent coliform levels, which meant that a subsequent disinfection stage was deemed unnecessary.

However, it was the innovative modifications to the SAGR, allowing for a portion of the effluent to flow back to the lagoons, that helped Sundridge both address and solve the issue of rising pH levels in their system, while also doing impressive work in removing nitrates. Since implementation, the recycle has shown to remove almost two-thirds of influent Total Nitrogen. 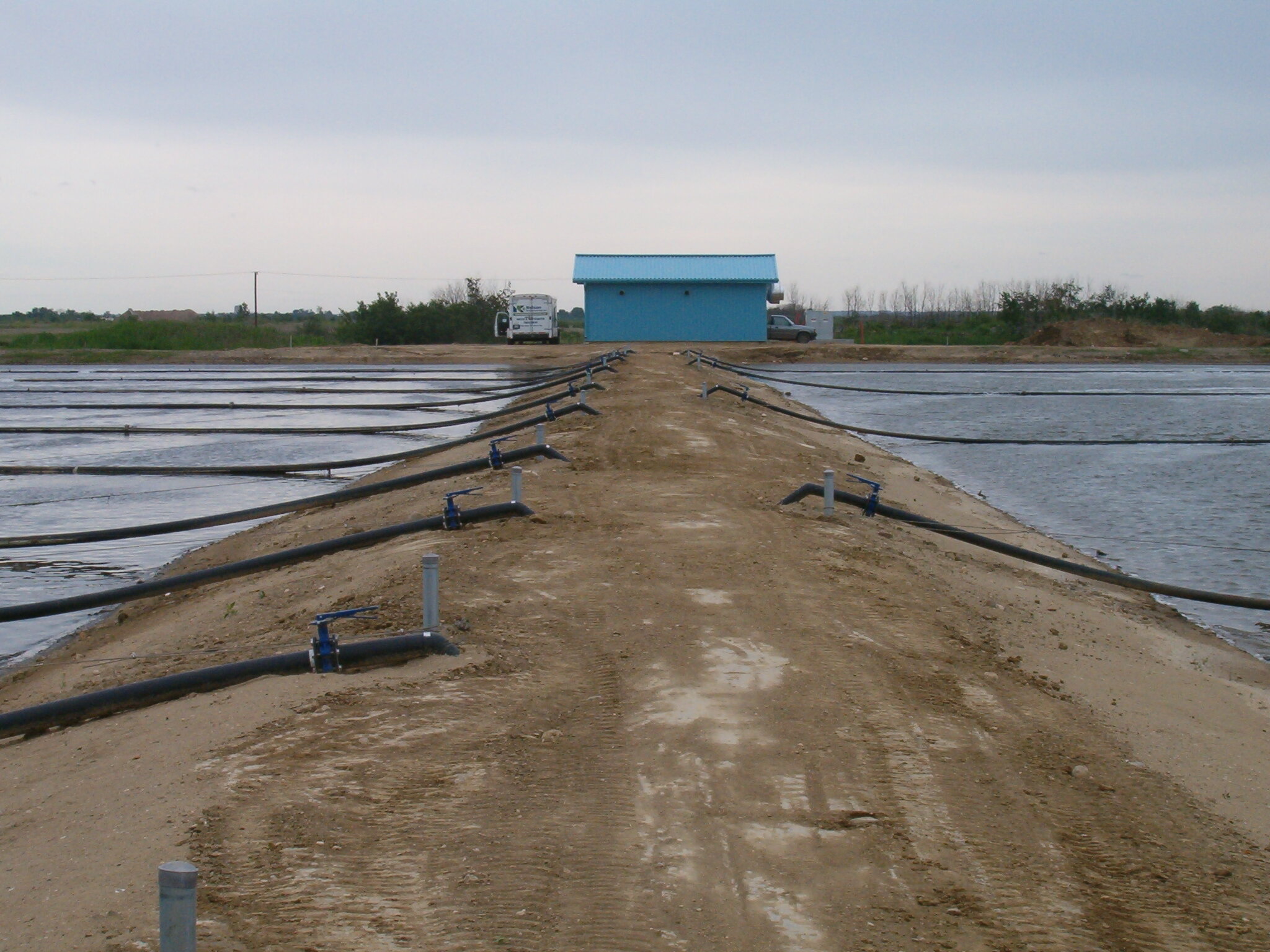 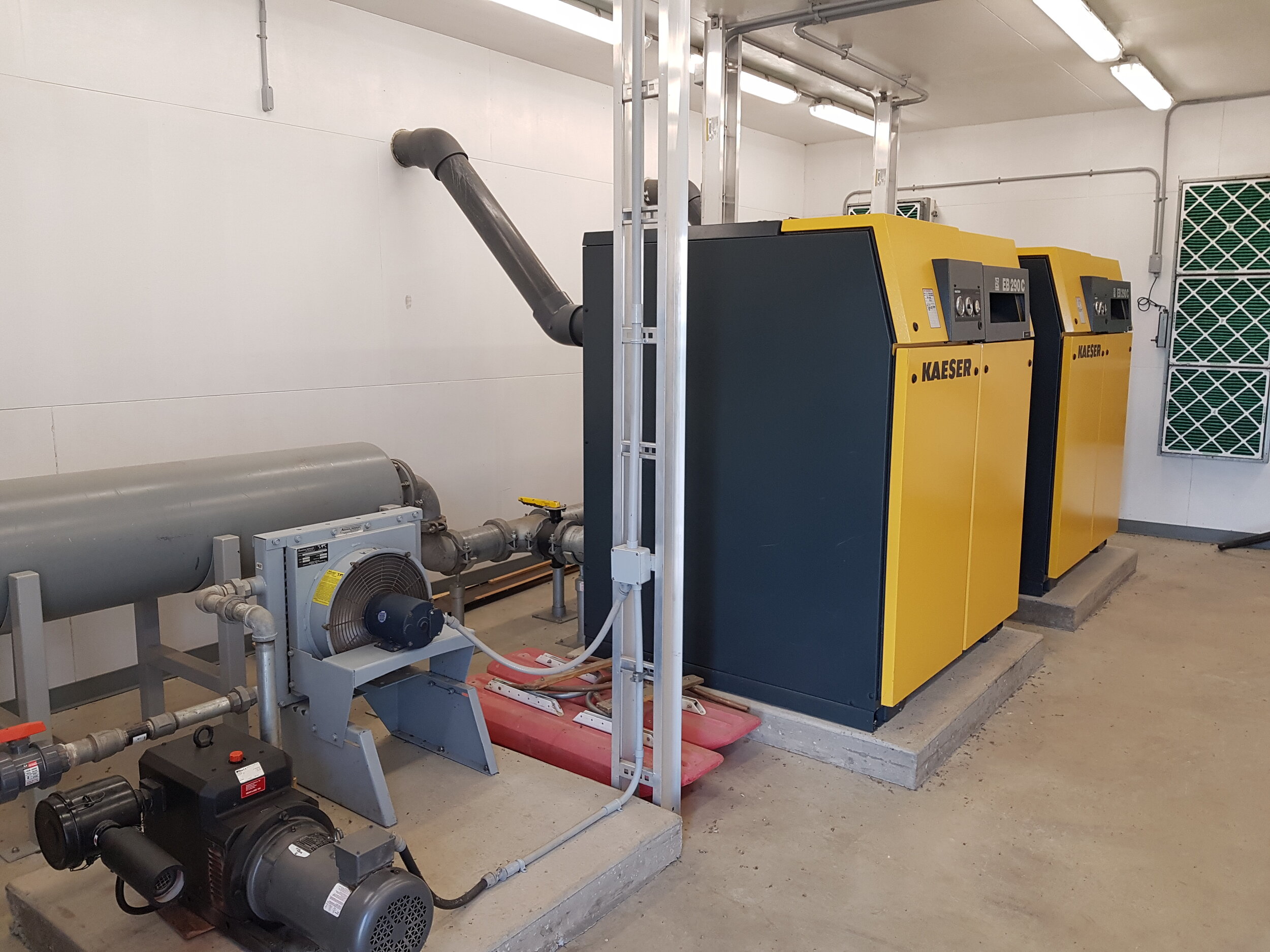 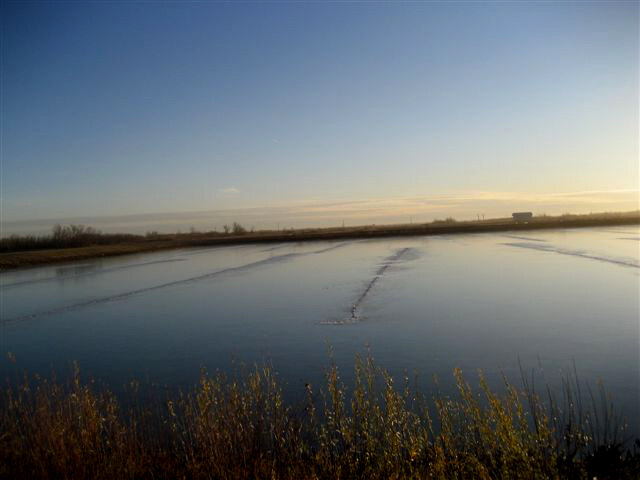 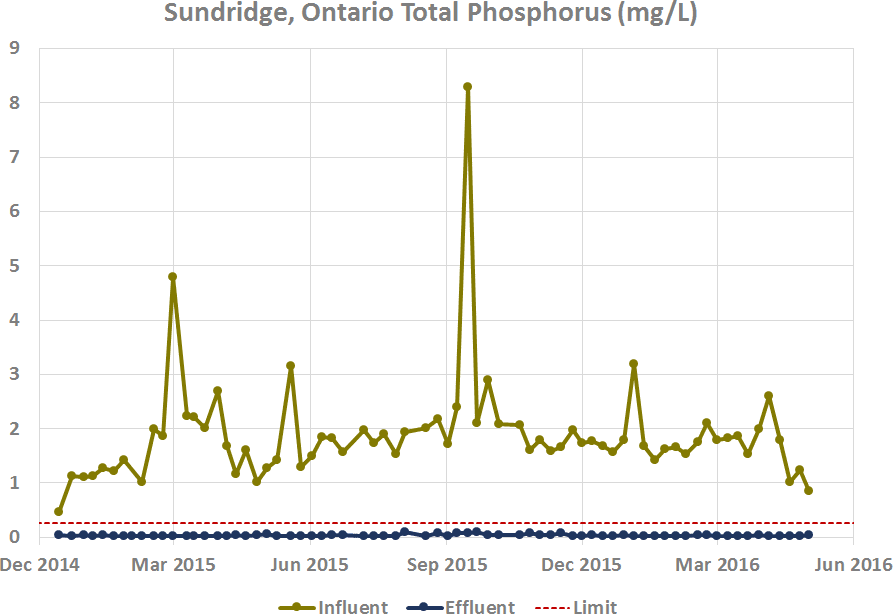